On July 4, 1975, the Central Florida Zoo & Botanical Gardens opened to the public at our current location. 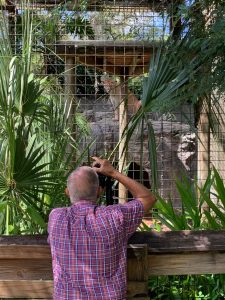 David taking a photo of the Zoo’s cougar, Boone.

On July 4, 1975, the Central Florida Zoo & Botanical Gardens opened to the public at our current location. The Zoo needed a talented photographer to help share its story, and David Gray offered his services.

David was the Zoo’s on-site photographer from 1975-1980. During his time here, he worked alongside some of the most well-known animal experts, including Jack Hanna, who served as our first Zoo Director. David not only took photos, but he designed artwork for informational brochures and other things, including the Zoo’s first Lifetime Pass. He made sure to feature the natural landscape surrounding the Zoo. “The Zoo is hidden deep within the trees and makes the perfect escape from the busyness of everyday life. It’s like something out of a story right from when you park to when you walk around seeing the animals,” he said. 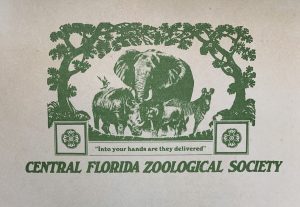 If you speak with David today, he’ll gladly share stories about his time as a photographer at the Zoo. He enjoyed taking pictures of all the animal residents, especially the big cats. He would often see animal activist, Stan Brock, and his girlfriend at the time, playing with tiger cubs. “I just loved those cats. They would purr so loudly and rub their faces on you – just like a domestic cat,” David said. Although guests are unable to get as close to our animal residents today, you can still admire our big cat residents inside their habitats from a safe distance when you visit the Zoo. Stan Brock “lived the Zoo”, according to David; So much so that in 1974, he ran 162 miles in six days as part of a fundraising campaign for the Central Florida Zoo! 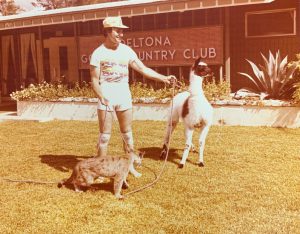 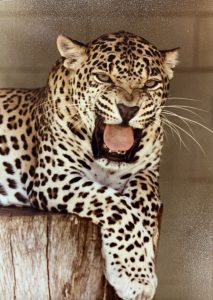 While David is now 80 years old, he had a great time exploring his old stomping grounds recently with one of our team members. It had been a long time since he had taken photos of big cats, but he got a special treat when he was able to get close-up shots of our cougar, Boone.

David is happy he is a part of the Zoo’s history. He is glad that his work has impacted his Central Florida community and Zoo visitors from around the world. “If you can influence one person, it will multiply and continue on to others,” he said. We are so honored to have had a team member like David! We extend our gratitude to him for his years of dedication to the Zoo, and for helping to share our mission in conservation and wildlife education through his photographs.

Group tickets now on sale for Asian Lantern Festival: I...

Asian Lantern Festival: Into the Wild

The Zoo can further its important work because of the g...