Most people recognize cheetahs by their spotted coats, slender bodies and, of course, their speed! As the world’s fastest land mammal, cheetahs can accelerate to a top speed of 70 miles per hour—as fast as a vehicle on the highway! Their long tail is actually flat and can be used to help steer and maintain balance while running. It takes a lot of expenditure to reach these speeds, which is why you’ll often see cheetahs relaxing and reserving energy. 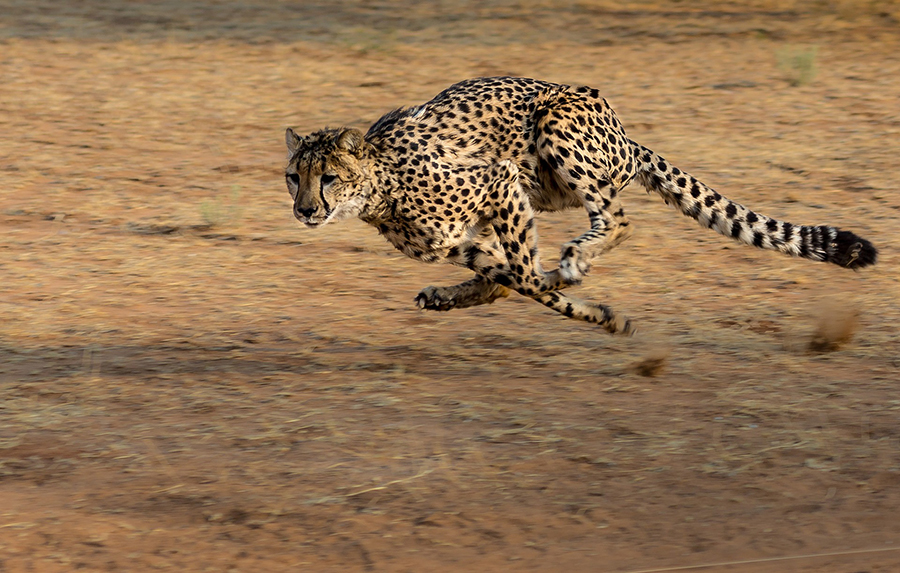 A cheetah reaching top speeds in its natural habitat.

Here at the Central Florida Zoo & Botanical Gardens, guests delight at the sight of three-year-old brothers, Cheeto and Frito. The two are often seen playing, cuddling or grooming each other—all behaviors you would see from cheetahs in their natural habitat. Males, frequently brothers, often live together as a pack while females remain solitary. 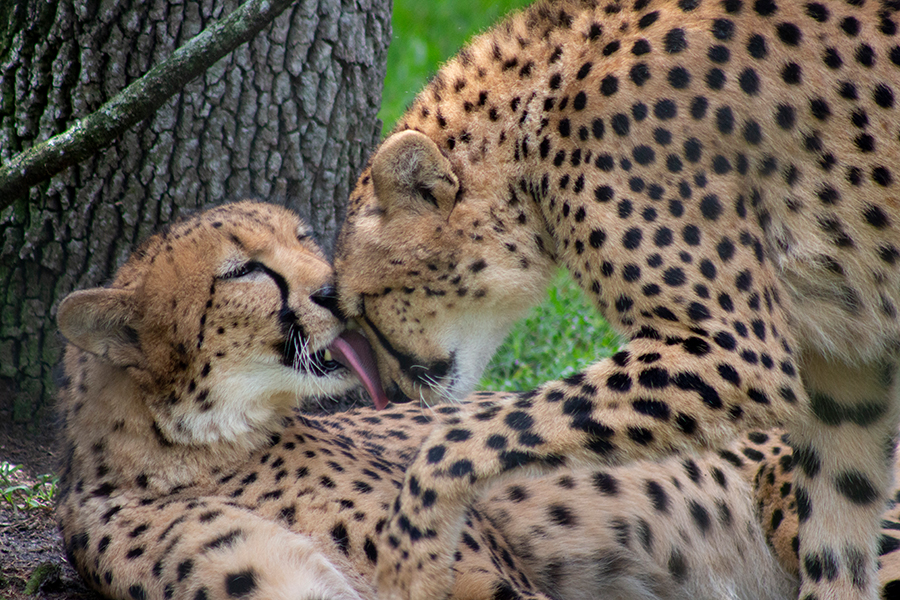 Frito and Cheeto can often be “spotted” grooming each other.

In 1900, there were over 100,000 of these cats living across the African and Asian wilderness. Today, they are facing the ultimate race—extinction. Populations are rapidly declining only an estimated 7,100 remain. The lands cheetahs once freely roamed are dwindling and 91% of their historic range is no longer sustainable. Cheetahs are confined to six African countries: Angola, Namibia, Zimbabwe, Botswana, South Africa and Mozambique. In Asia, scientists believe there are less than 50 cheetahs remaining in a small, isolated area of Iran.

Similar to many other cases of endangered species, humans are the main cause of habitat loss. Land has been developed into farms and farmers will often kill cheetahs if they become a perceived threat to livestock. Cheetahs have also fallen victim to high demand in the illegal pet trade as well as their prize status to poachers for their skin, meat and other body parts.

Conservation groups have formed to save this species and have worked closely with the African government to establish protected areas, such as national parks. Researchers believe with continued support, there is potential for populations to recover through environmental conservation and the expansion of protected lands. 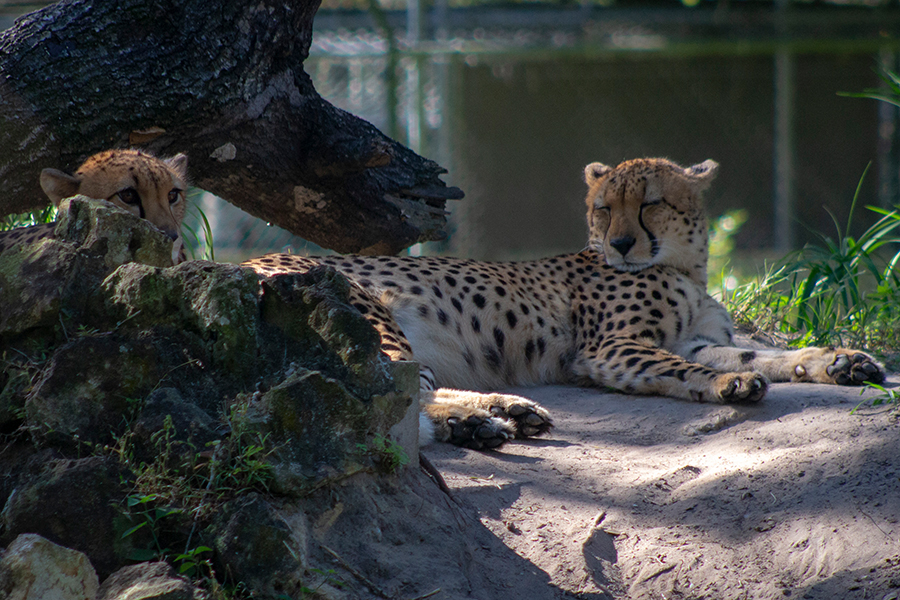 Frito and Cheeto, like other cheetahs, relax throughout the day to store energy.

Your help can go a long way to help cheetahs. For International Cheetah Day this year, we’re supporting the Cheetah Conservation Fund (CCF). This organization has worked tirelessly to conduct scientific research, work on habitat restoration, develop protection programs and provide educational outreach to local African communities about these beautiful cats. You can support the CCF directly or donate to the Zoo during our celebration of International Cheetah Day. Together, we can join the ultimate race to help cheetahs beat extinction.

Kids of all ages will want to hop to and get to the Cen...

Things to do in Orlando this Spring

Whether you’re an adrenaline junkie or looking for so...

Read More
Thanks for signing up!
MENU